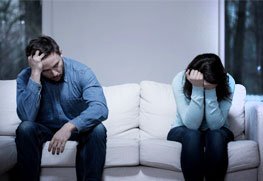 In California, there is a specific Domestic Violence Restraining Order (DVRO). It is a civil court order and is issued and signed by a judge. The order states the conditions in which the alleged abuser must stay away from the victim and his or her home, workplace, school, and children. DVROs are designed to protect the victim from further harm by legally forcing the abuser to stop any physical, financial, or verbal abuse against the victim. Penalties for violating the conditions of the order can include fines, probation, or time in jail.

Domestic Violence Restraining Orders can be issued against:

Typically, the alleged abuser is accused of physical injury, initiating a sexual assault or threatens such an assault, intimidates or stalks the victim, harasses the victim through phone calls or emails, destroys personal property, or leaves the victim in fear of immediate danger.

What If I Have Been Wrongfully Accused of Domestic Violence?

In many cases, one or another party may use a restraining order in an inappropriate manner, claiming domestic violence or other abuse when there was none. Innocent people have been caught up in such inappropriate and unfair uses of this legal instrument. If you have been wrongfully accused of a domestic violence incident and have had a DVRO filed against you, it is critical that you seek legal help immediately.

The Sperling Law Firm has many years of experience in family and divorce law, including protecting the rights of those wrongfully accused of violence or abuse. If you attempt to defend yourself in court against a DV accusation and lose, you may also lose child custody and visitation rights, in addition to jail terms. You may also lose the right to possess a firearm, rent a house or apartment, or even lose your ability to work/lose professional licensure. Our skilled attorneys work closely with each client to protect their rights and to preserve their freedoms.